This scene inspired me, while I was visiting Monhegan Island. 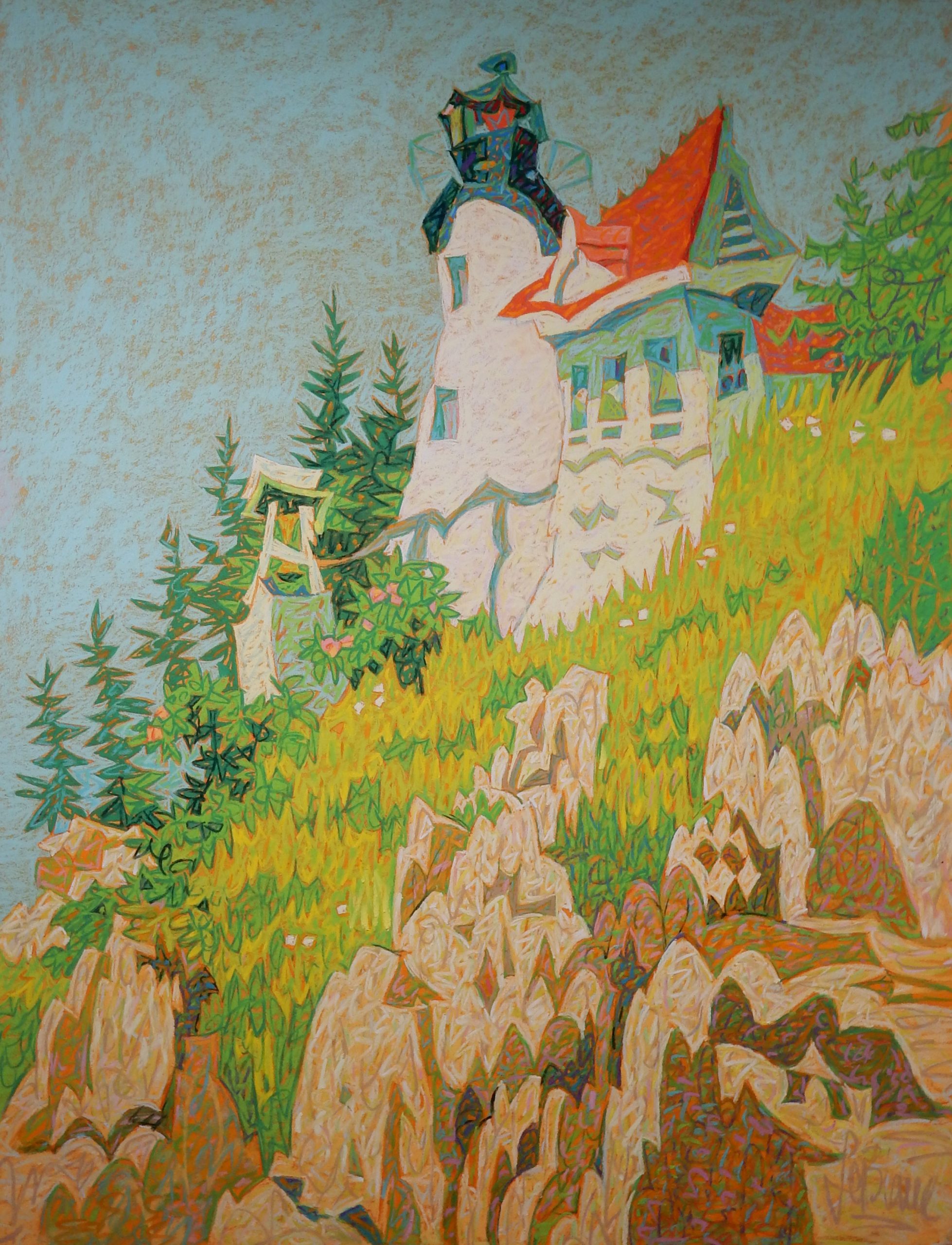 One of the most iconic images from Maine, Bass Harbor Light. 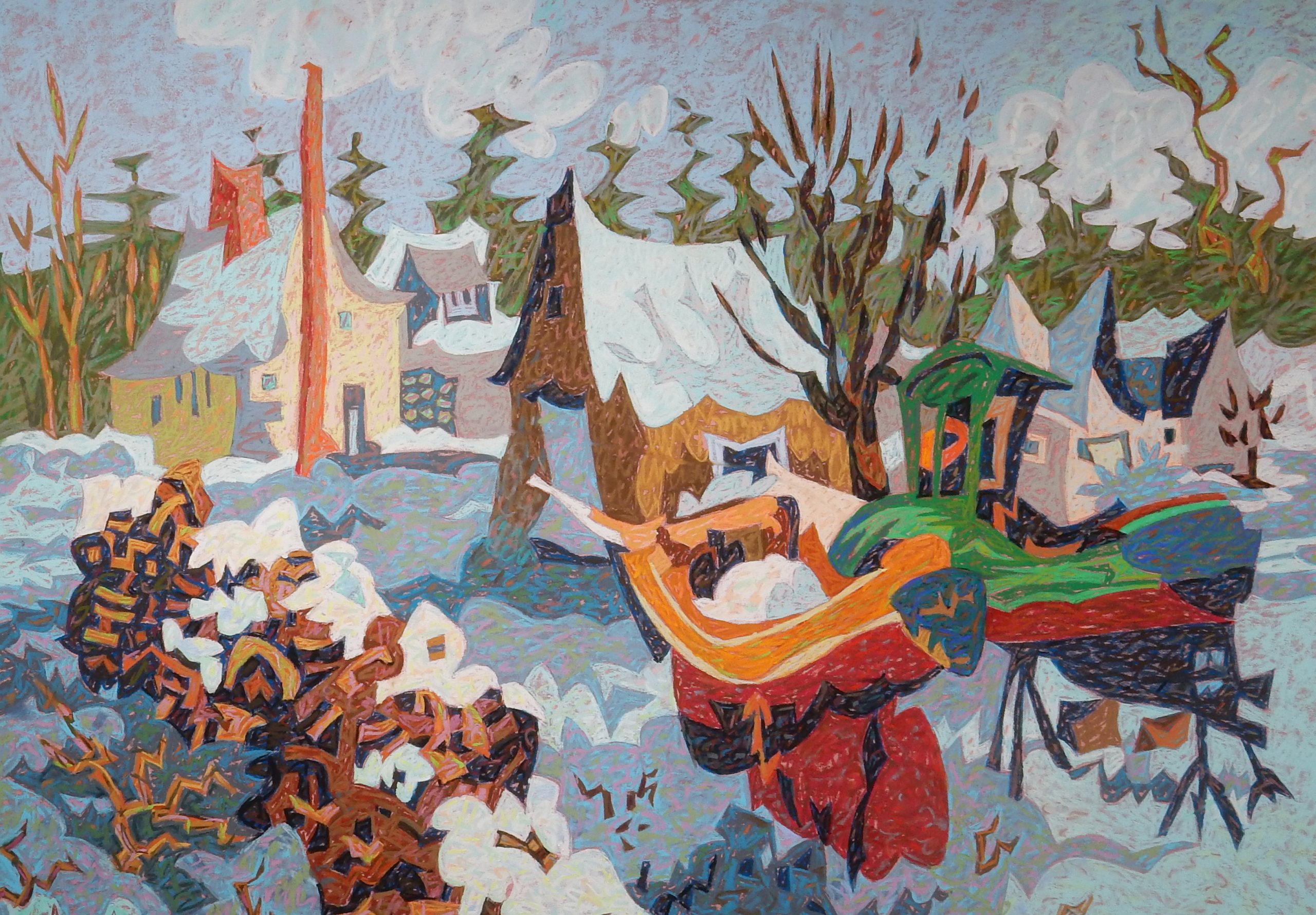 I almost like boats more when they are out of the water. 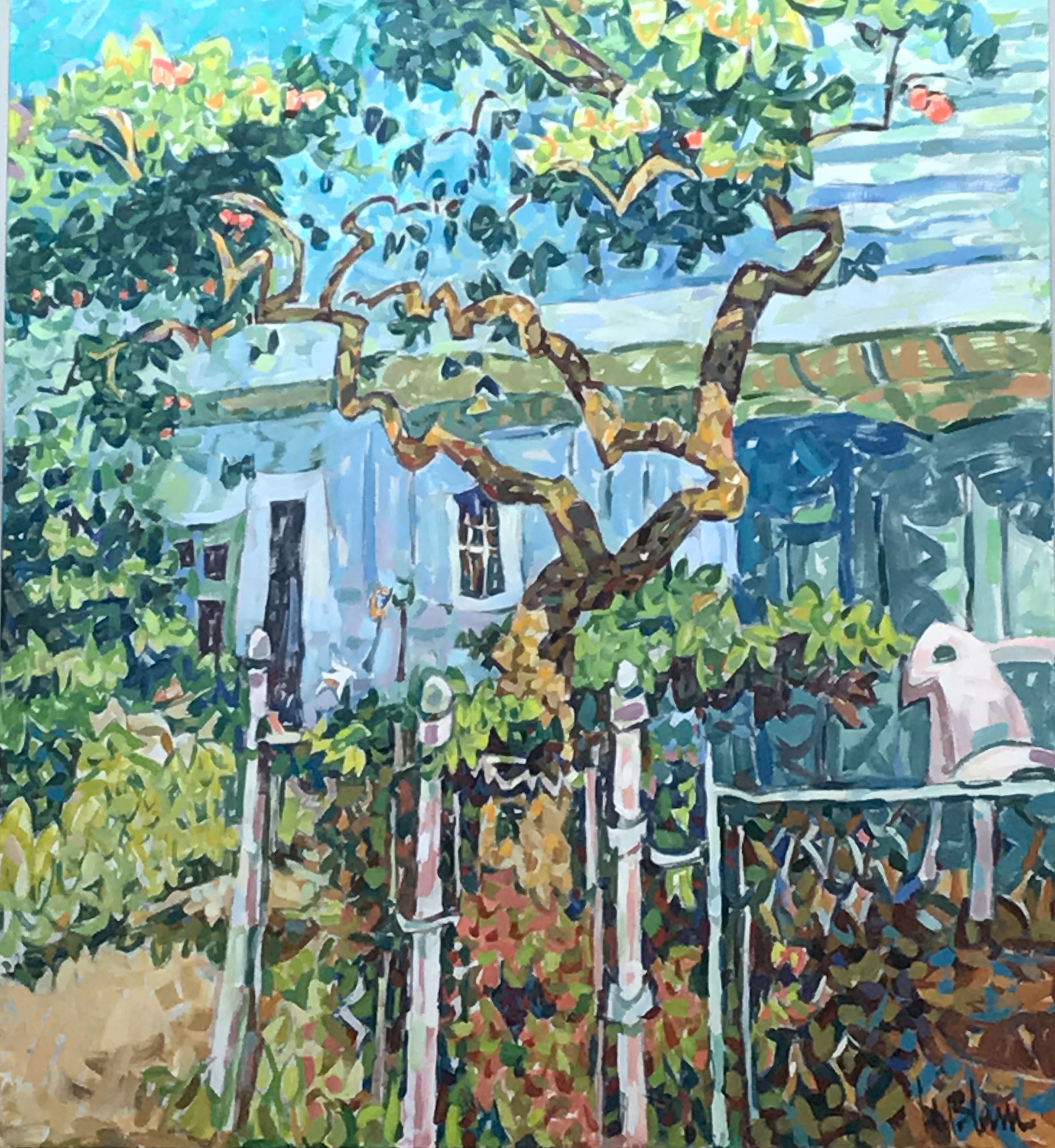 Friends own a home that has a very productive Apricot tree. Their home is  in an old neighborhood in Portland. I’m always interested in this little garden space and wanted to capture its special appeal. 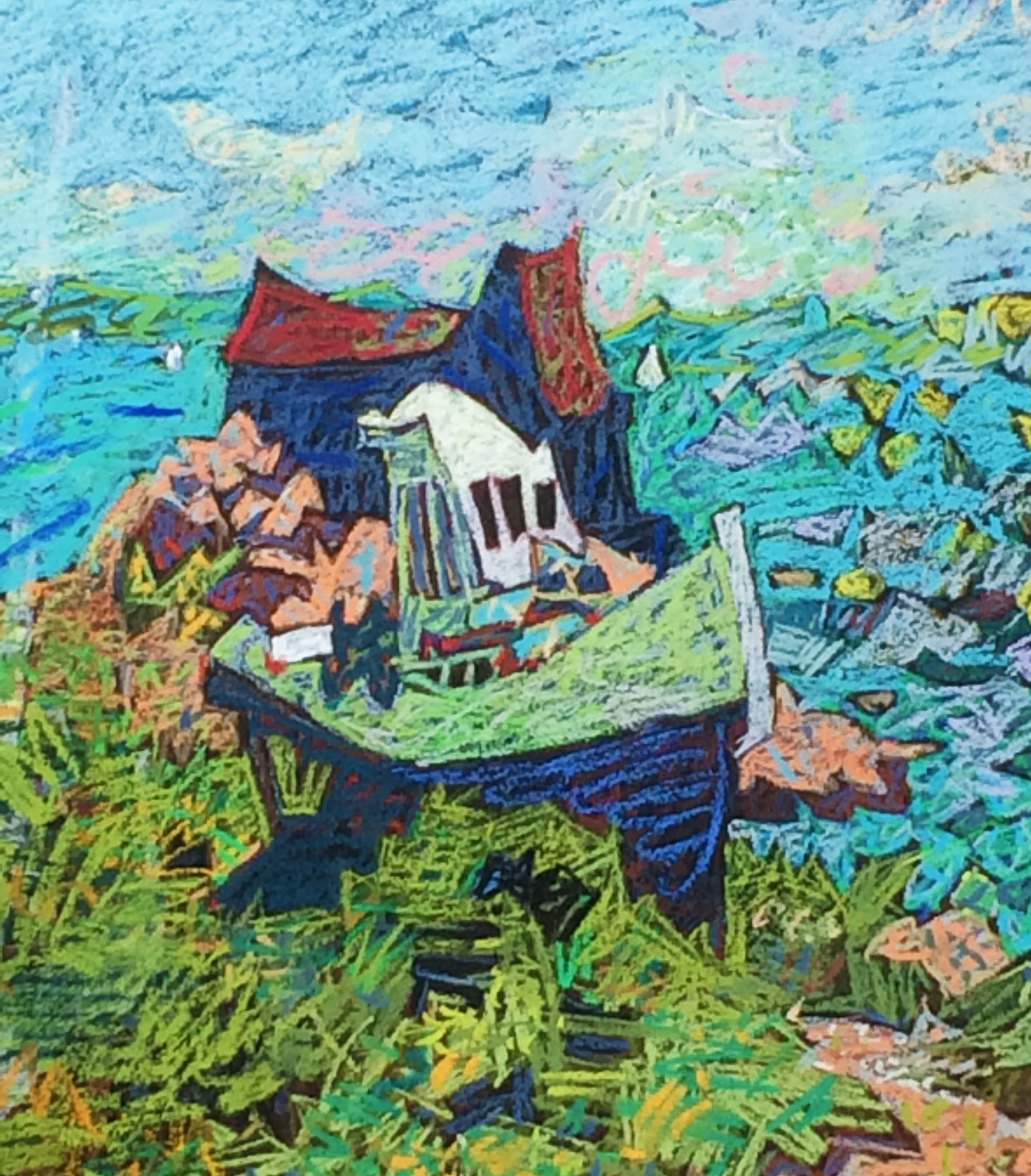 Plien air artists in Maine are familiar with this view of Stonington Harbor. I wanted to portray the cradled Lobster boat and decreped shack as if they were strange animals. The pastel medium afforded me the chance to impart some textural qualities to this scene, almost as if the colors on the paper surface were […] 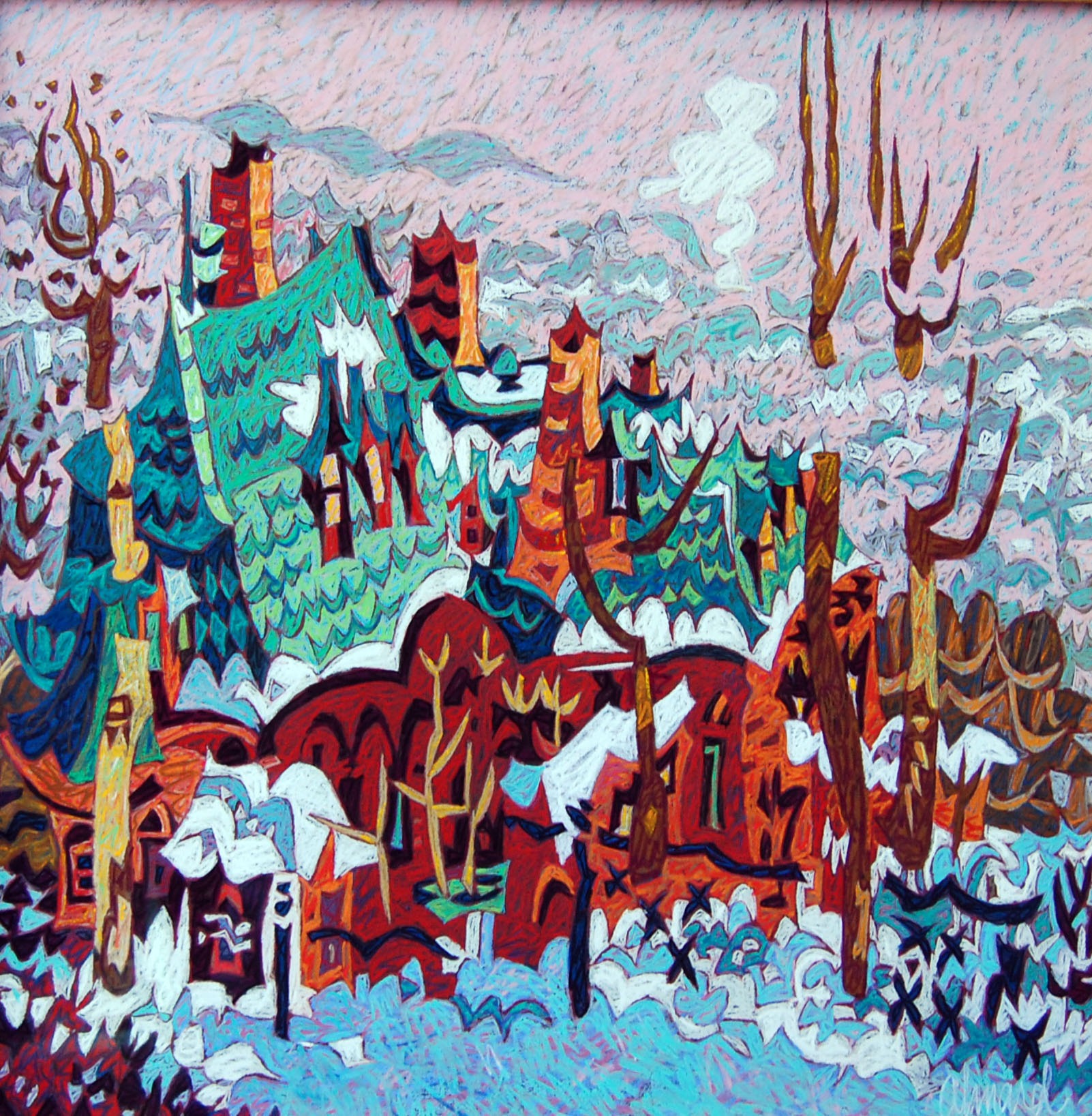 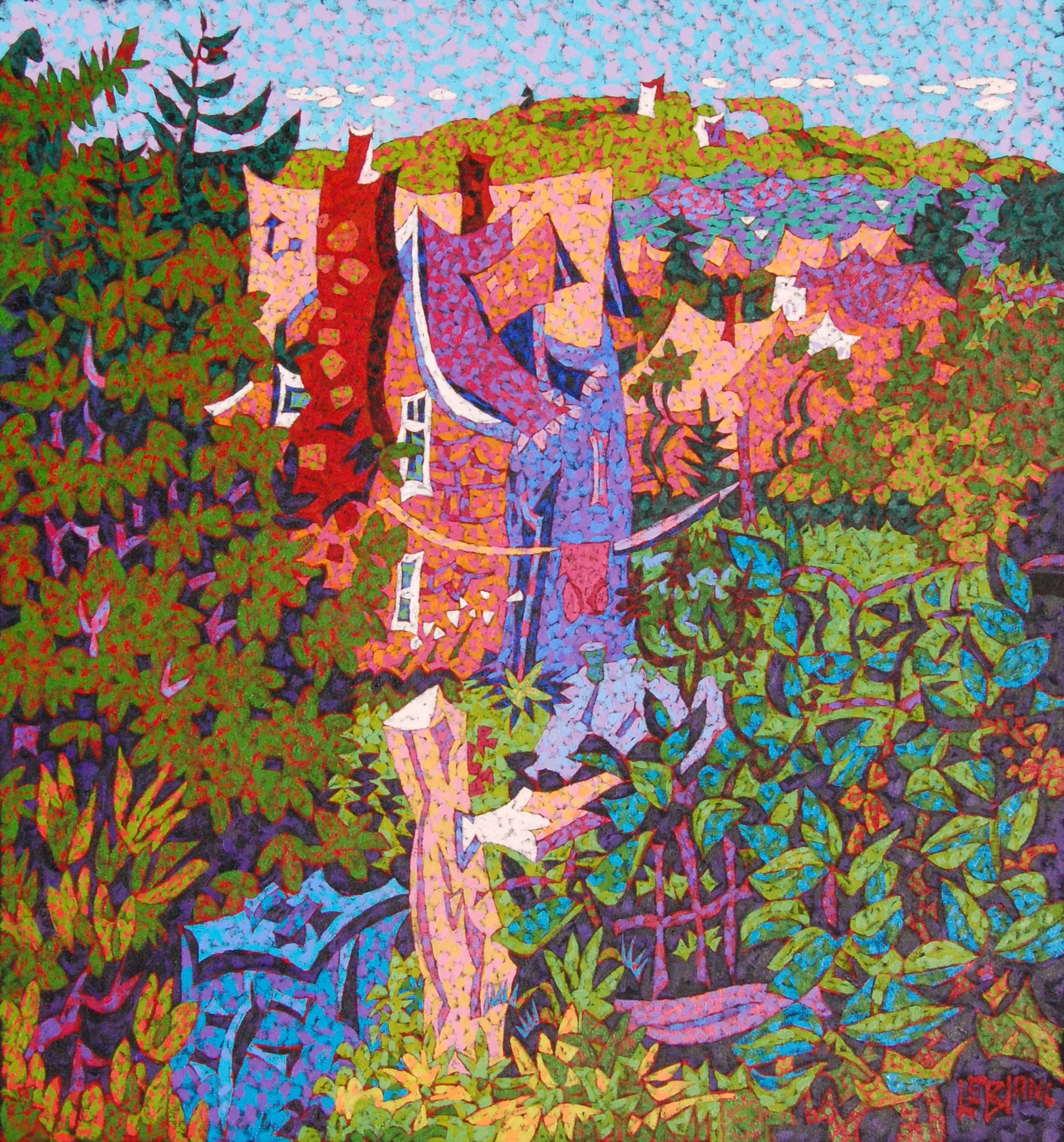 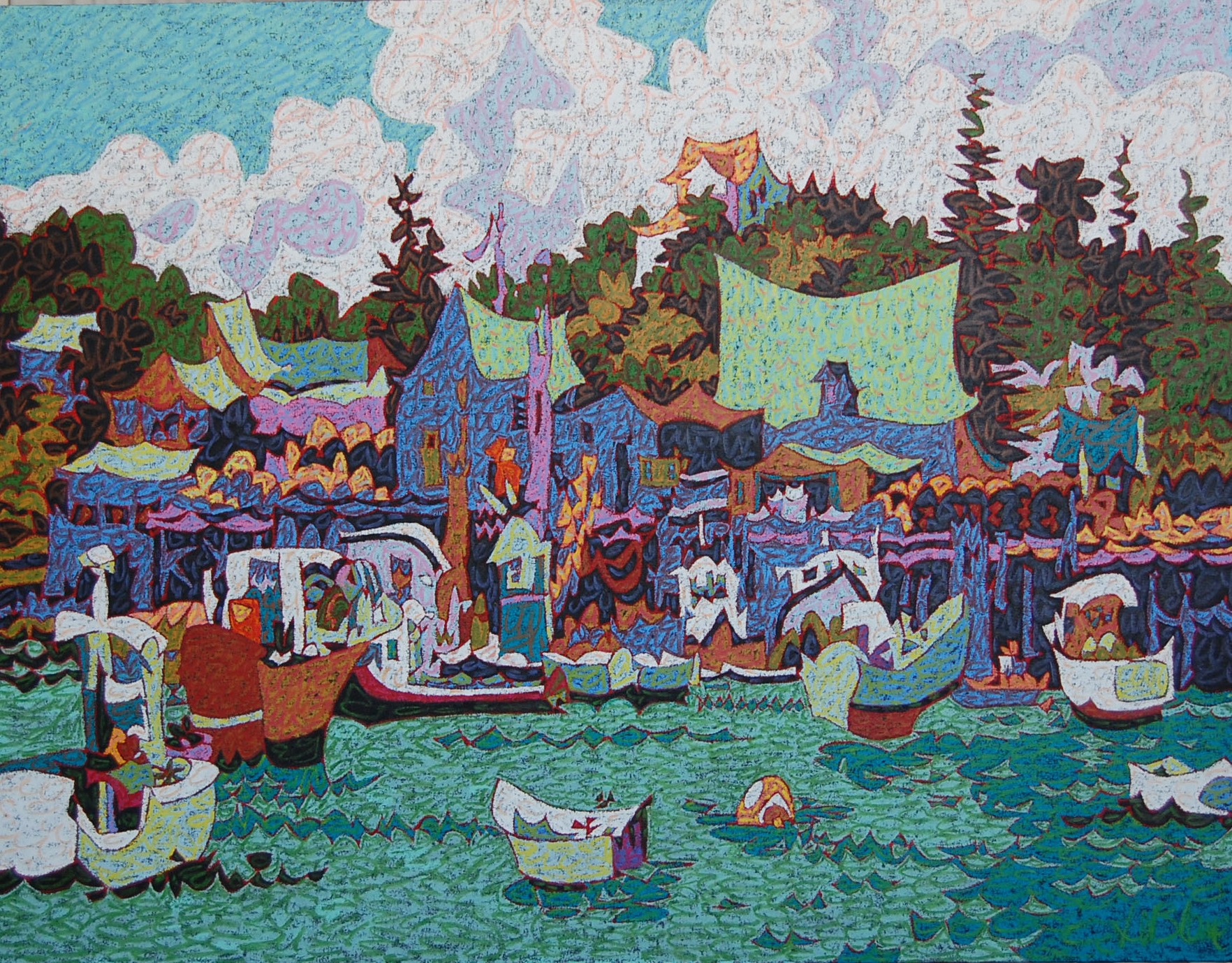 This painting was inspired by a Harbor in Maine. The buildings and boats of this Harbor were depicted as if they were strange animals. Colors were imagined rather than rendered realistically. The medium for this artwork was oil paint pressed into crayon like sticks. These oil sticks allowed me to draw with oil paint. 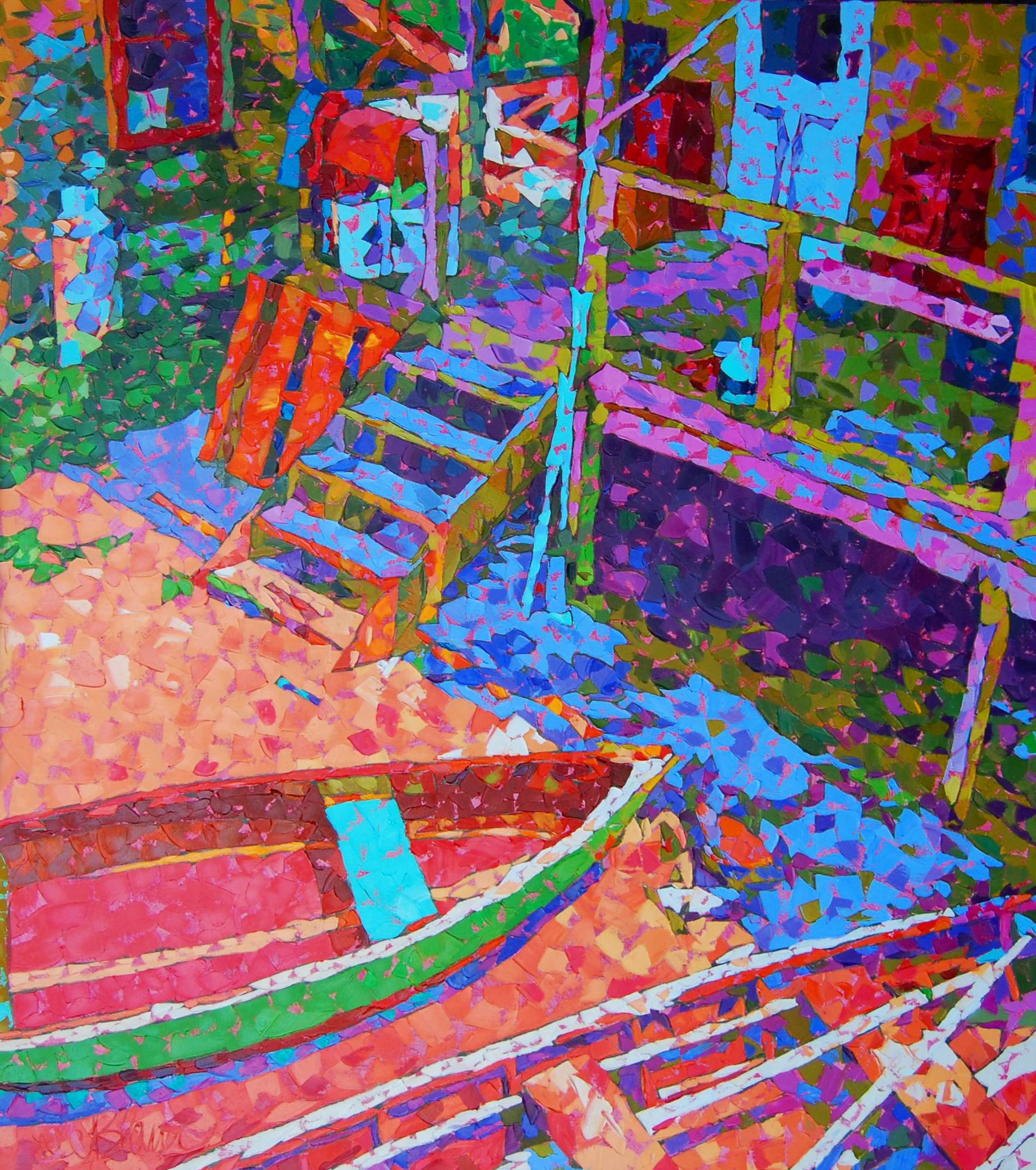 Next to the communal quarters where a group of artists reside is the “Oar House”. The porch was an interesting subject for this piece. I chose some intense colors and a high vantage point to help bring some excitement to this painting. 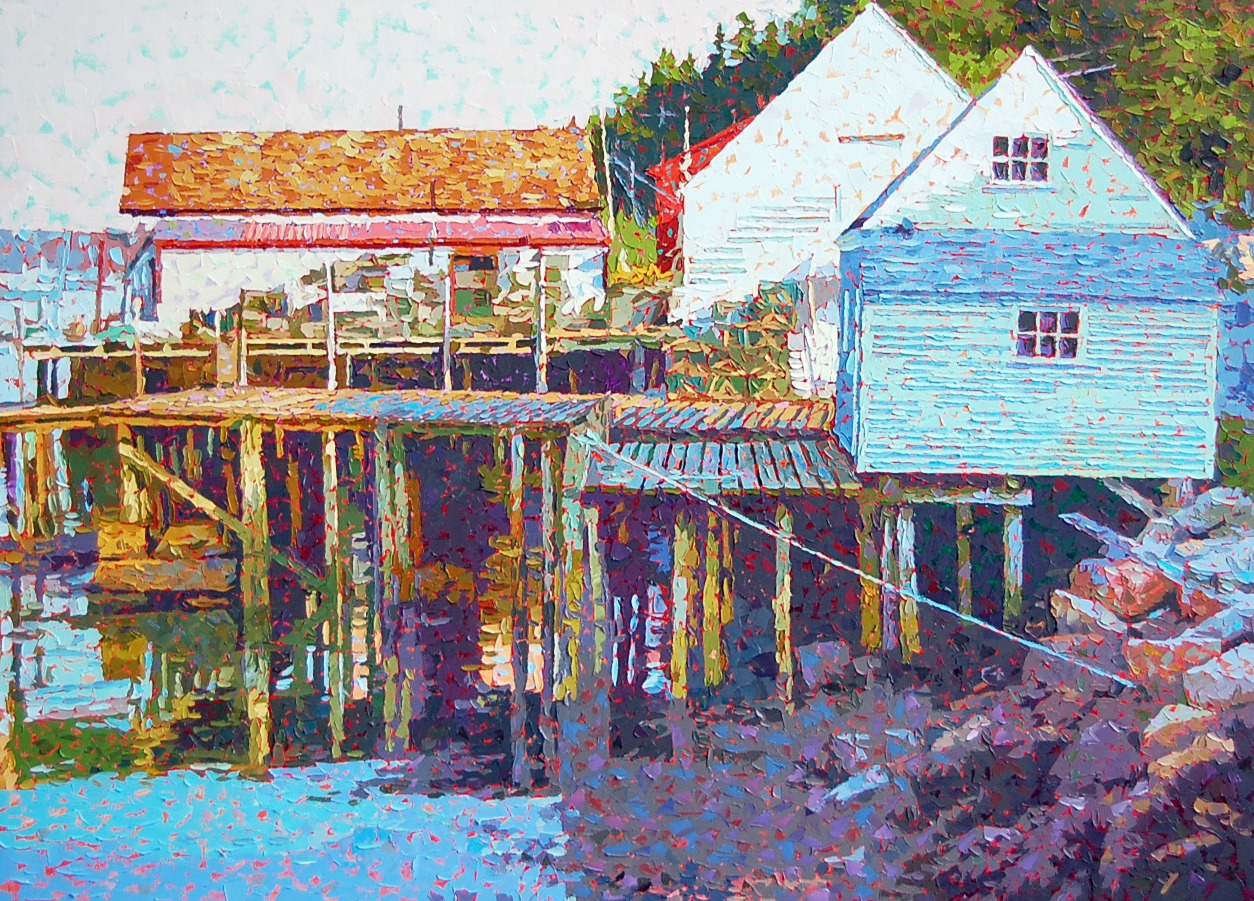 On this day, I had spend most of my day along the shoreline, when I viewed this scene. The evening sunshine on these old docks was beautiful and seemed to lend an elegance to these old buildings.